Late last year I was invited to join the shortlisting panel for the 2022 Best First Novel Award, the UK’s longest-running prize for debut fiction. It has been a delight as well as a significant burden of reading. Over the next few weeks I’m going to highlight some BFNA gems by authors that are, by definition, little known. This won’t be the long-list (pictured below) since in the nature of panel discussions not all the books I thought worthy made the cut. However they resonated with me enough to want to share them. 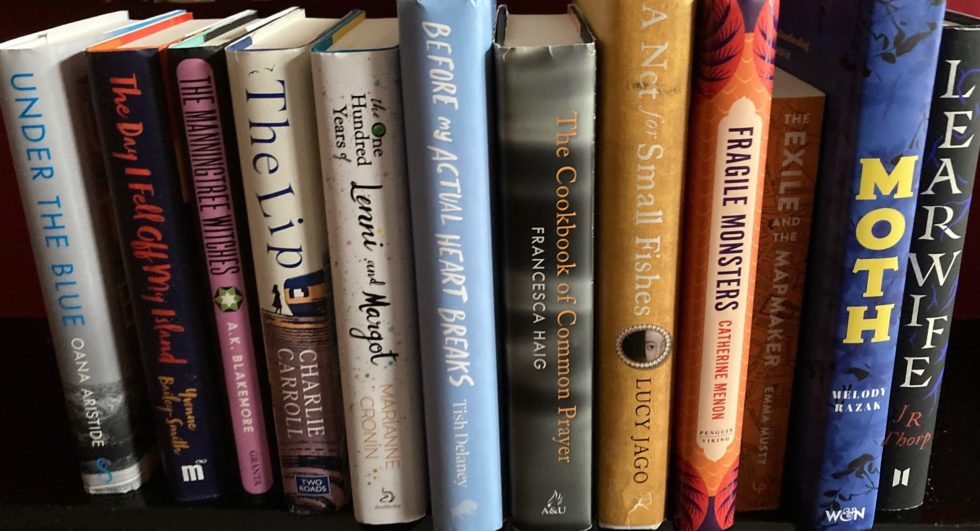 First, the award. Inaugurated in 1954, the £2,500 Authors’ Club Best First Novel Award is almost the oldest literary prize in Britain. Each publisher may submit two works of debut fiction, so between us the panel had about ninety novels to read. This year’s winner guest adjudicator was Alex Wheatle, who selected the winner from the panel’s shortlist:

Yvonne Bailey-Smith, The Day I Fell off My Island (Myriad Editions)

And the winner was: Tish Delaney, Before My Actual Heart Breaks 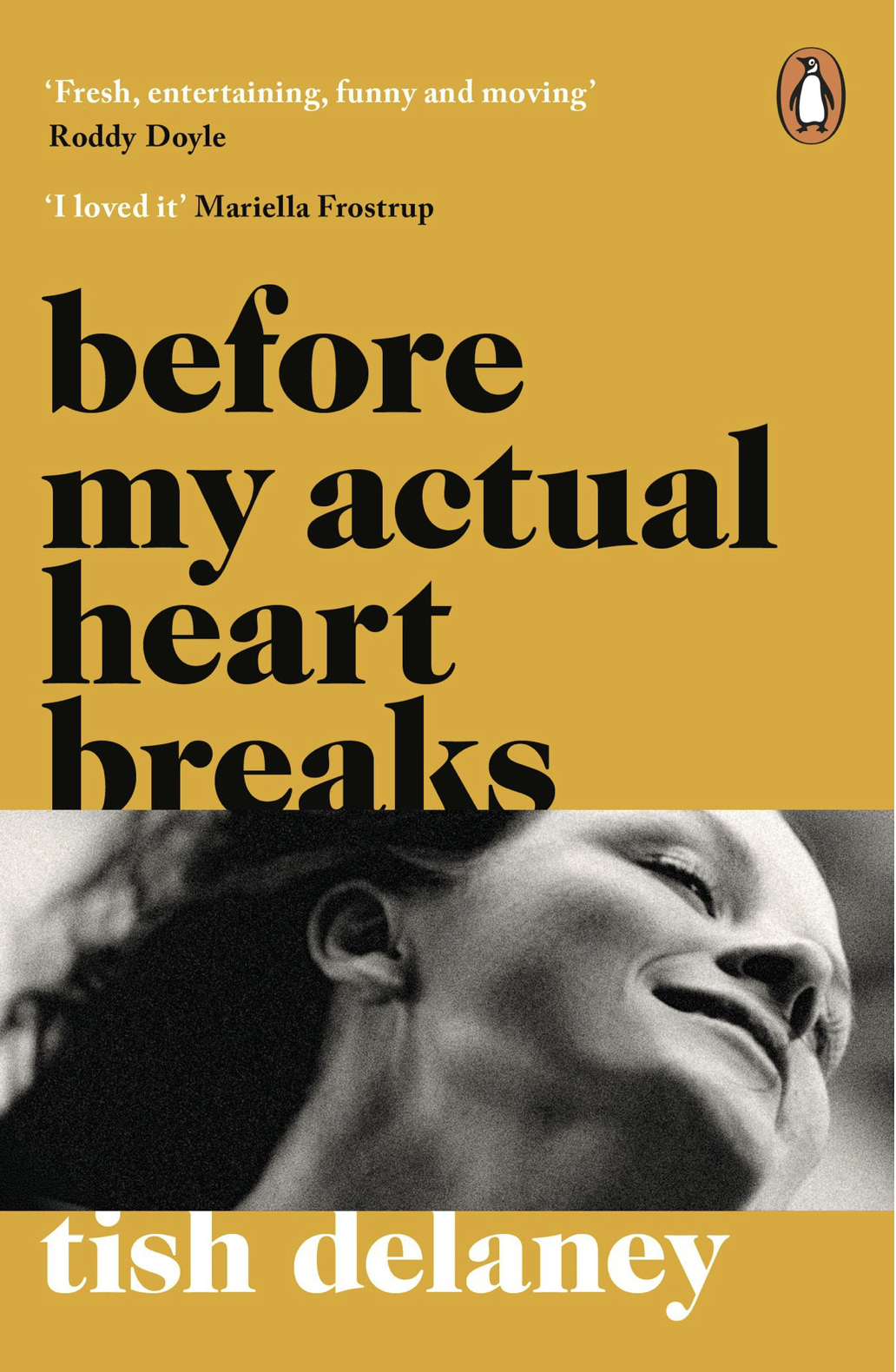 I hadn’t expected to like this one so much; the context made me nervous. It’s a 25 year drama through the eyes of one woman in an intensely Republican, Catholic family near Omagh. It shows I should read outside my comfort zone more.

We follow the woman from her childhood with an emotionally abusive mother through to empty-nester, and it takes place almost entirely within the scattered farming community of one remote valley. It’s a story of love; parental, sibling, and amorous, and it hinges on communication and mis-communication, with heavy doses of Catholic morality, guilt, and hypocrisy.

I truly engaged with this story. The language is straightforward, unflowery, and only lightly sprinkled with Irish vernacular. The mother’s abuse sets the context for much that happens later, including a disastrous adolescence. By then I wanted to stand in the girl’s way shouting ‘don’t do that’. Before she is long into her marriage I was just as keen to slap some sense into her, but then we would not have a story. For a while it is a sharp portrait of a woman so wrapped around her own wounds that she does not realise that silence can cut deeper than words.

There’s a rich cast of characters, all well drawn, and enough humour to lift what could be a depressing tale. The reader ends up laughing, loving, and shouting with them all as if we were part of the ‘craic’. Brilliant.

One that also deserved to win: Lucy Jago, A Net for Small Fishes 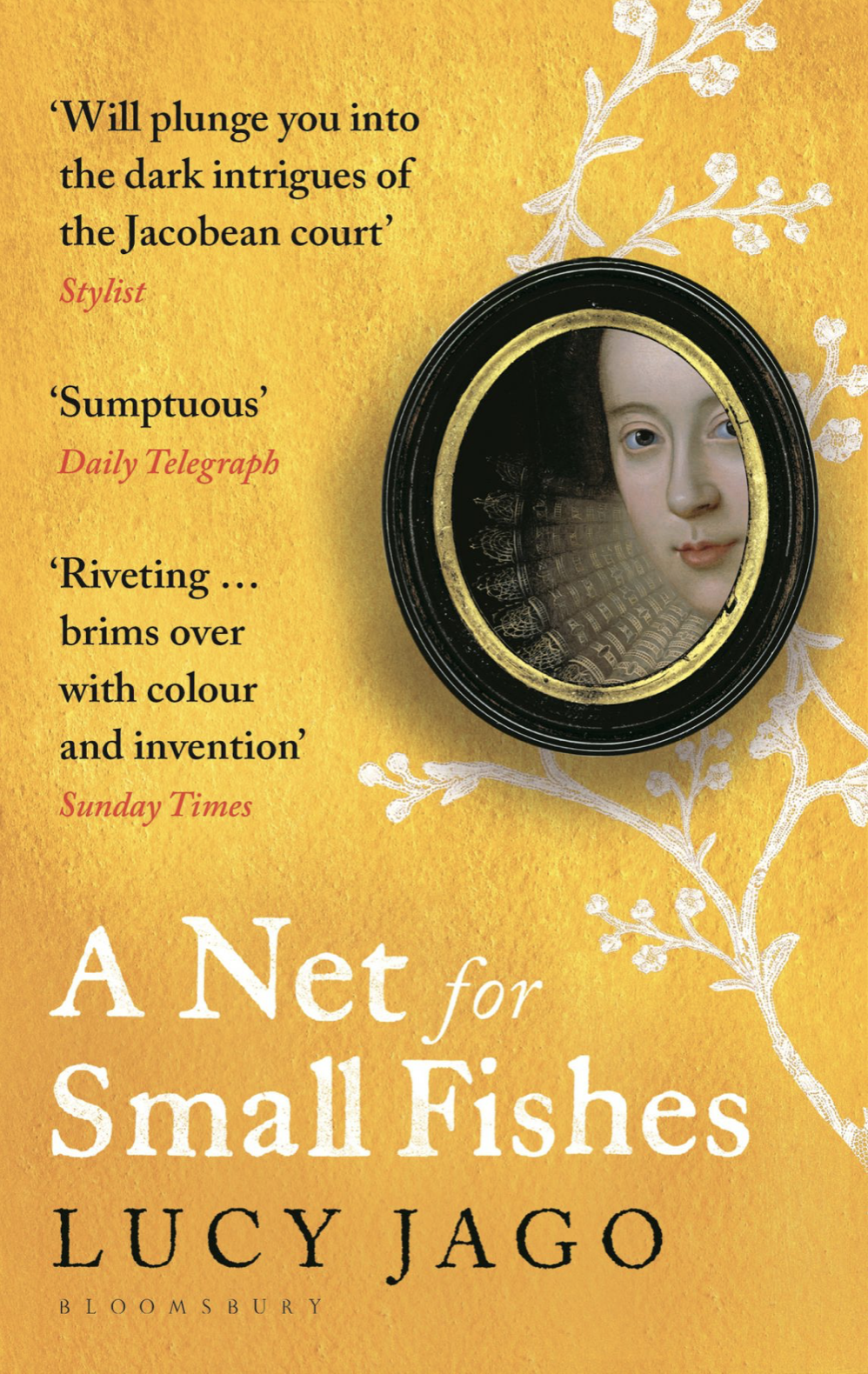 A Net for Small Fishes centres on the relationship between Frances Howard, Countess of Essex, and Mrs Anne Turner in the period before and after the ‘Overbury Scandal’ of the early 17th century. Theirs was was an unlikely friendship; a daughter of one of the noblest families in England who is enduring a forced marriage, and a commoner fourteen years her senior, the widow of a doctor. They are united only in their Catholicism. The countess lives in a world of political intrigue at the corrupt, despotic court of James I and VI where huge extravagance and debt are normal. The widow clings to her gentility on the brink of destitution, but becomes useful as a trusted go-between and confidante. In time, their friendship develops into something akin to love, but as ‘Frankie’ places ever greater demands on Anne, and the mighty Howards’ grip on power loosens, that love it tested.
A Net for Small Fishes is historical fiction of a very high calibre, one of those rare books where the boundary between meticulously researched history and the writer’s imagination is invisible. I would rank this alongside Hilary Mantel for its ability to immerse the reader in the stinking reality of an era, and with Sarah Waters for its portrayal of friendship between two women.
The Overbury Scandal and its aftermath are matters of historical record. Jago brings fleshes out the historical characters with motivations and emotion; they take life. Anne Turner ‘tells’ her own story as a woman we know is condemned to die. It is worth resisting the urge to research the historical record to discover the conclusion.