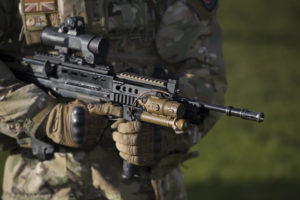 Counting down to Draca’s release in ten days. The main character is Jack, a flawed hero of Afghanistan. He’s a veteran with PTSD, but the book is not universally dark. Suzie Wilde, author of Sea Paths and Obsidian said in her review, ‘Tension release, tension release, fear, laughter, fear, lust, so you don’t notice the tightening of the noose … the story sucks you in and won’t let go.

Yet to understand the man you need to know what’s going through his mind. Here’s a glimpse:

(Extract from Chapter One)

Getting to sleep was usually easy, with a little liquid help. It was staying asleep that was the problem.

One summer when Jack was a kid, the family stayed on a farm for their summer holidays, and the farmer set a magpie trap in his yard. In the centre, in a little cage within a cage, was a live one. The ‘call bird,’ the farmer said. He’d left it a dish of water and even a bit of dead pigeon to eat, but the thing flapped around making a lot of noise in that harsh, rattling way of magpies. As Jack and the farmer watched from inside his barn, three more magpies arrived and hopped down through the wire door to see what all the fuss was about. They went frantic when the farmer walked over and they couldn’t get out, and he shot them, one by one, with a .22 rifle he kept for vermin.

The Taliban hadn’t killed Jack outright because he was their call bird, but they’d used Dusty Miller for target practice. It was usually Dusty who woke Jack in the black hour before dawn, and always with the same pleading look, that way he’d stared at Jack as if he could do something. Dusty had come running back for him through the firefight in a mad, heroic, suicidal dash, and he was still coming back for him, pulling him out of the fug of sleep when the alcohol drained from Jack’s system and all that was left was the sour taste of guilt. Sometimes, in those first moments of wakefulness, Jack could smell roasting meat. Then he’d have to walk outside and breathe clean air, whatever the hour, whatever the weather. He’d have run, if he could. Even in summer, the air just before dawn can be pure as snow.

You need to meet ‘George’

Only about 2/5 of Draca is in Jack’s ‘voice’. There’s almost as much written from the perspective of Georgia, ‘George’, the feisty yachtswoman who runs the local boatyard. She’s an orphan with attitude, the light to Jack’s dark, and I’ll introduce her in a couple of days.

Draca can be ordered now

There’s more about Draca here, including some stunning early support from very distinguished generals. Meanwhile, if you’d like to order the book there are links to many UK and international retailers including Waterstones and Foyles via the ‘buy’ link here, or if you’d like to go straight to Amazon UK then click here for a paperback and here for a Kindle version.