No book launch, but great news for Draca 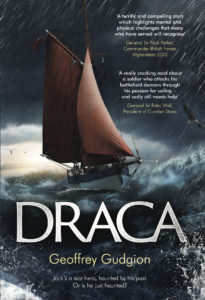 Draca is going to print. A book that has been seven years in the creation is about to be reality, with a release date of 14th May. Many of the conventional aspects of a book launch have necessarily been cancelled during the pandemic, but I could send out review copies. I’ve been stunned by the reactions.

Combat stress is the veterans’ mental health charity. They will receive half the royalties. Their President, General Sir Peter Wall, describes Draca as ‘A really cracking read about a soldier who attacks his battlefield demons through his passion for sailing – and sadly still needs help.’

From a fellow author:

Suzie Wilde,  the author of Sea Paths and Obsidian, enthused ‘tension, release, fear, laughter, fear, lust, so you don’t notice the tightening of the noose … the story sucks you in and won’t let go.’

From the Armed Forces:

I served for nearly eleven years in the armed forces, but never saw action, yet the protagonist is a war-damaged veteran of Afghanistan. So it was with some diffidence that I approached General Sir Nick Parker to take a look. Sir Nick was Commander British Forces Afghanistan in 2010, and he says it’s ‘a terrific and compelling story which highlights mental and physical challenges that many who have served will recognise.’

And from a distinguished sailor:

Those who know me also know I am an occasional and inexperienced sailor. I have sailed very enjoyably with a hugely more competent friend, but I was a little nervous about the authenticity of some sailing scenes. The book, after all, pivots around a very idiosyncratic, vintage pilot cutter. It was an area, like combat, where I had to rely on research and imagination rather than personal experience. Then Ewen Southby-Tailyour OBE, a former Yachtsman of the Year, told me he’d lived on a Bristol Channel pilot cutter. He reassured me that Draca is ‘a cracking, believable yarn made even more authentic by the wonderfully descriptive sailing scenes – and by falling in love with the true heroine, the Bristol Channel pilot cutter Draca.’ 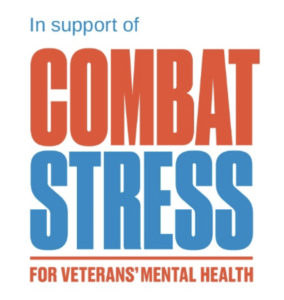 A ‘book launch’ with no bookshops

Draca is sailing out into a strange world where no physical bookshops are open, and no libraries, so the book launch I was planning can’t happen. All authors with books coming out during these stressful times have had their wings clipped, but with a little help, I think Draca is reaching flying speed.

Draca will be released by Unbound on 14th May 2020, ISBN: 978-1-78965-105-8, and will be available to pre-order shortly. Further details to follow on this site and on my Amazon author page. You’ll find a synopsis of the book, including extracts, here.