As VE Day approaches I’ve been reading the diaries my father kept as a prisoner or war. In early May 1945 he was in a work group in the Austrian Tirol. British forces were close, but the country in between was occupied by heavily-armed SS troops. Although there had been a local capitulation on 2nd May, locals said the SS wanted to fight on.

For Dad the final days of the war held jubilation, high drama, and needless tragedy. In previous posts I have described the murder of the SS officer’s family near my father’s camp, and the bizarre circumstances of the surrender of the Hungarian division. It was a Hungarian officer who told Dad that British troops had reached Lienz, just 20 miles away. The officer agreed to drive Dad and another sergeant there, through SS ‘bandit country’.

Fortunately the road to Lienz proved clear. Dad’s description of contact with Allied troops is unemotional: ‘on the outskirts of Lienz we ran into a British patrol [and] we found ourselves in the thrilling company of the Argyll and Sutherland Highlanders.’ He’d known 3 years in captivity, escaped once, and endured punishment beatings and a mock execution as a result. He’d known such starvation that he wrote of one camp ‘we marched in as soldiers, we crawled out as animals’. And yet his first contact with free British forces earns only the label ‘thrilling company’.

The local situation was still volatile. In London, crowds packed the Mall to cheer the King and Queen. In Lienz ‘the night was marked by a good deal of shooting; not rapid fire, but well within view a number of houses or other buildings were burning fiercely.’  The Argylls promised to send transport to extract all the British prisoners of war, so after a celebratory beer the two British sergeants returned to their camp. It must have seemed strange to be chauffeured by a newly-surrendered Hungarian officer.

The entry for Dad’s last night in a prisoner of war camp shows more warmth, but surprisingly it is for the local Austrian population. In particular the local doctor had not only cared for their ailments but found other ways of alleviating their situation, frequently at great personal risk. Perhaps a dozen of the British PoWs gathered in his home that night for a farewell bottle, staying until several were incapable of climbing back up the hill to the ‘Lager’. Dad wrote ‘he was a brave and charming man, and I honour his memory.’

I suspect that ‘fraternisation’ stretched way beyond the doctor’s kindness. When the promised transport arrived the following day, ‘leave-taking was a wretched business, everyone seemed sorry to lose us, and all the women and girls were crying. And so we said “Auf Wiedersehen” and not good-bye, and if ever the opportunity occurs I shall most certainly return.’

Dad reached home in June 1945. His own parents had suffered, in a different way; Dad was an only child, and comrades in his unit had seen his truck hit by tank fire in 1942, during the retreat to El Alamein. My grandparents received the dreaded telegram ‘Missing, Believed Killed’. They endured six months of uncertainty before they knew he was alive and a prisoner of war.

I always thought it strange that Dad talked so warmly of Austria, the country of his later imprisonment. Perhaps it came from the deep camaraderie of that work group, which endured for decades afterwards. Perhaps it was the warmth of a local, rural community largely untouched by Nazi politics. The Tirol had been kind, but I think some of his earlier experiences as a prisoner damaged him. His generation, though, did their best to pull themselves together and get on with life.

Dad lived to be 93. One of his fellow escapees in Italy, a man who stood beside him facing the firing squad in that mock execution, was Best Man at his wedding. They became lifelong friends.

Posted on VE Day, 2020, in honour to all those who served in that war, and those who waited. 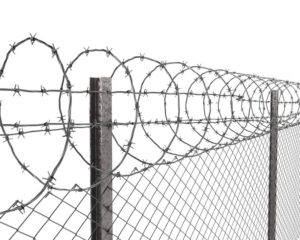