DRACA: IN SUPPORT OF COMBAT STRESS

‘A war-damaged veteran on a mission to self-destruct. A yachtswoman who risks everything to pull him back. And between them, an old boat with attitude in a page-turner that will leave salt on your lips and a bruise on your heart.’

Draca was due to launch last year at the Chalfont St Giles & Jordans Literary Festival, until covid forced its cancellation. This year the organisers have invited me back to talk about Draca, the story behind the book, and my partnership with the veterans’ mental health charity Combat Stress.

With social distancing rules still in force, all the festival’s presentations this year will be online. The upside is that we are no longer be constrained by the capacity of the lovely 17th century Friends’ Meeting House in Jordans. The downside is that I will not be able to offer you hospitality afterwards.

The talk will last for about 40 minutes plus Q&A, and is ticketed. If you would like to join me online please click here to buy a ticket (£5). All my speaker fees go directly to Combat Stress.

HOW ARE WE DOING?

I’m often asked me how Draca is faring. The short answer is that until I receive a royalty statement, I don’t know. November’s royalties, of which a little over £600 went to Combat Stress, only covered receipts preceding the launch. The lack of bookshops, libraries, and speaking engagements since then won’t have helped sales, but I can say is that Draca is collecting a gratifying number of brilliant reviews.

In July and August last year Draca was also selected for the online book club The Pigeonhole, and I had the pleasure of seeing the overwhelmingly enthusiastic reactions of nearly 200 readers around the globe as they read and discussed each daily instalment. The Pigeonhole themselves commented ‘we love discovering gems like this’, and I honestly don’t know the club reader who said it was ‘the best book I’ve ever read’.

More details about Draca and an extract are here.

JOIN ME AT THE LITERARY FESTIVAL

I’ll share more on 15th May. I hope to see you there. Once again click here to buy a ticket.

The online book club The Pigeonhole has selected Draca for serialisation, and it is wonderful to see the reactions around the world. The current episode includes the first of several sailing scenes. The graphic of Draca’s sail plan and internal layout in the print book and ebook’s front matter has not been included in The Pigeonhole’s online version, so I’m including it here for ease of reference. I have asked The Pigeonhole to add it to their site.

Anyone wishing to join the online group (who seem to be having a lot of fun with the book) should go here. There are nearly 200 people reading it at the moment but there is space for more. 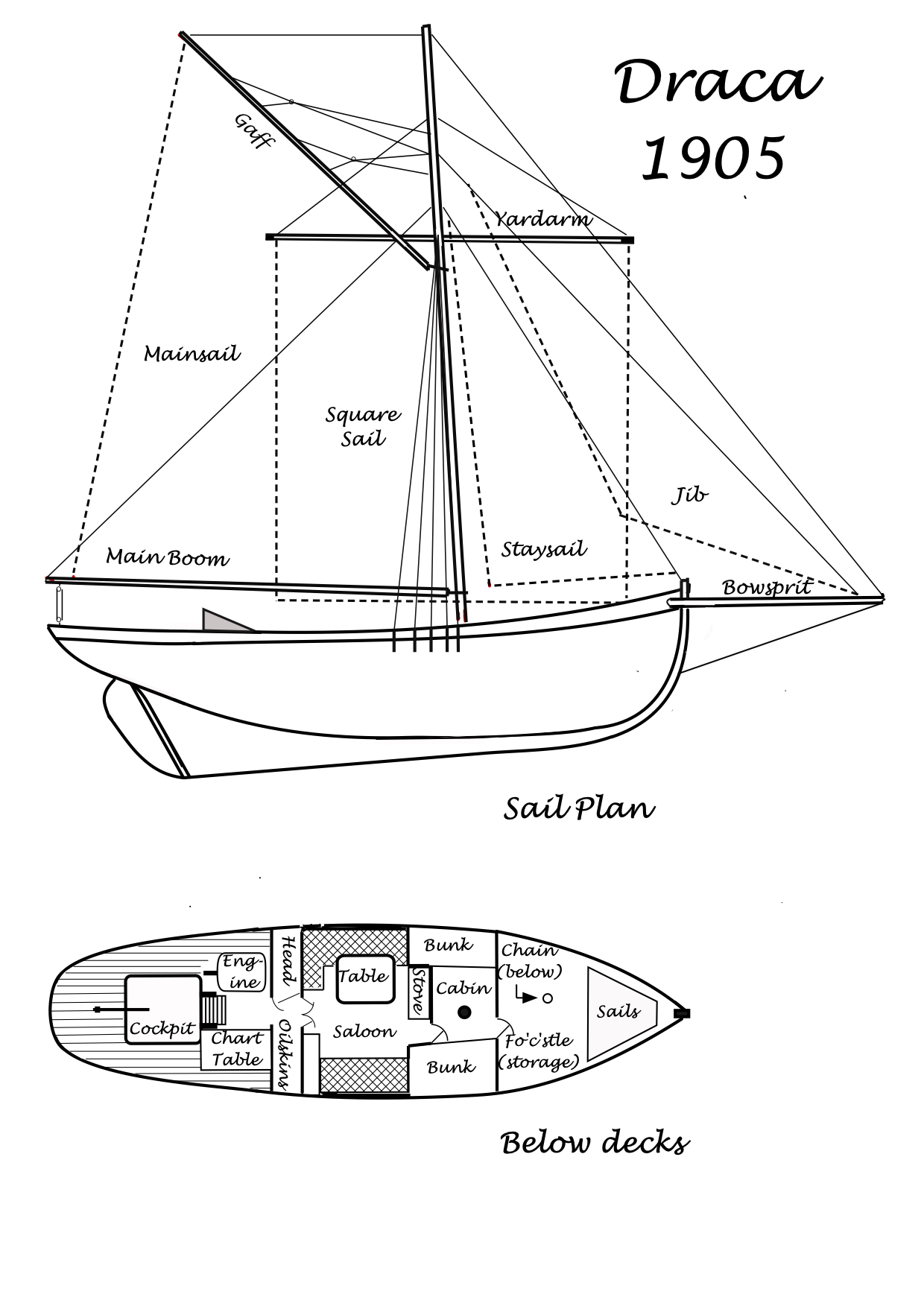 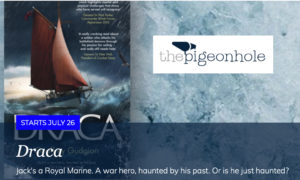 I’m delighted to say that the online book club The Pigeonhole has selected Draca for serialisation commencing Sunday 26th July. They will release Draca in ten daily episodes ending on Tuesday 4th August. So if you’re not already enjoying the book, why not read it with a strictly-limited group of bookish people? What’s more, it’s free to join.

So how does The Pigeonhole work?

‘We work with publishers to bring their users the best in modern fiction, from bestselling authors like Ken Follett to new voices. Our serialisations enable readers to interact with authors and other readers inside the book as they read and comment in real-time. Launched in September 2014, The Pigeonhole was nominated for the Digital Innovation Awards at the London Book Fair, and Future Book’s Digital Campaign of the Year. The Bookseller magazine named Pigeonhole’s founding editor Anna Jean Hughes as a Rising Star of the publishing industry.’

The Pigeonhole release selected books in daily serialisations called ‘staves’ to strictly limited numbers of readers, free of charge. They do invite you to leave a review at the end. You can read more about The Pigeonhole here.

Want to join in?

In the three days since The Pigeonhole selected Draca, take-up has been strong. Less than half the available slots remain. If you’d like to grab one while you can, you can sign up to Draca on The Pigeonhole here  and I look forward to ‘seeing’ you during the serialisation. Remember, it is free of charge.

If you want to know more about Draca, there’s a synopsis and extracts here. If you’d like your own copy to read, you’ll find it on Amazon Kindle here, Amazon paperback here, and through all good bookshops.